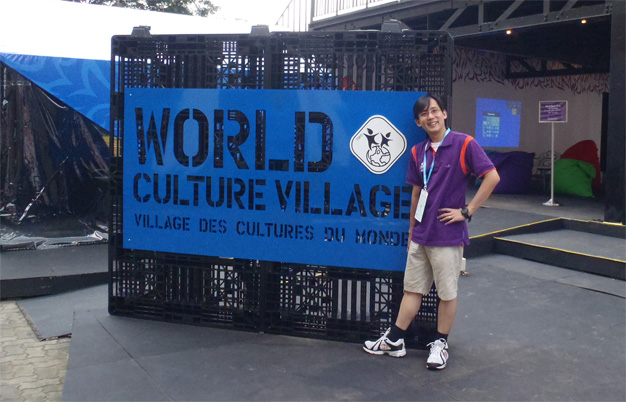 Television and sports have enjoyed a symbiotic relationship for decades. Producers of televised sporting events have continually pushed the technological envelope in an effort to provide ever more compelling coverage of athletic competition. Technical innovations like zoom lenses, handheld cameras, instant replay, and super slow motion have all been driven by sports television.

This Case Study describes how Ensemble Designs revolutionary new Mitto Scan Converter was used to support a new and innovative use of digital media technology at the 2010 Youth Olympic Games – by enabling the participants themselves to contribute to the coverage of the Games.

The concept of the Youth Olympic Games was conceived by the International Olympic Committee (IOC) in 2007. The vision developed by the IOC was to inspire young people from all over the world to come together not only to engage in athletic competition, but to adopt and live by the values of the Olympic movement.

The first ever Youth Olympic Games were held on August 10-28, 2010. More than 5,000 athletes, non-athletes, and officials from all over the world gathered in Singapore for this 18 day event.

Participants in the Games were housed in an Olympic Village located on the campus of Nanyang Technological University (NTU). The Olympic Village was comprised of 10 residential halls as well as a number of common areas such as dining halls, training facilities, a cultural center, meeting rooms, retail shops, and a Digital Media Center.

In addition to competition in a variety of sporting disciplines, the Youth Olympic Games included a Culture and Education Program (CEP) that stressed five themes: Olympic values, skills development, health and well being, social responsibility, and expression through the use of digital media. Athletes and non-athletes participated alongside each other in CEP activities. In support of the digital media component of the CEP, participants were encouraged to act as “citizen journalists” by documenting their personal impressions of the Games using digital media.

The organizers of the Youth Olympic Games retained the services of NTU’s Center for Excellence in Learning and Teaching (CELT) to design and install a media information and display system in the Olympic Village. This system was comprised of the Digital Media Center and a network of more than 100 monitors located throughout the Olympic Village.

Broadcast quality feeds from the venues (SDI with embedded audio) were brought into the Digital Media Center. There, the venue feeds were integrated with content captured by the participants on a variety of consumer grade camcorders and cell phones and uploaded by them onto a number of popular web-based video sharing sites. Content was played out from the Digital Media Center to the network of monitors located throughout the Olympic Village.

The biggest technical challenge in the design of the media information and display system was converting the content produced by the participants to SDI video with embedded audio so that it could be combined with the feeds from the venues. Andrew Chua, Assistant Manager of Video Productions at CELT, worked hand-in-hand with Techtel, Ensemble’s local agent in Singapore, to address this challenge. 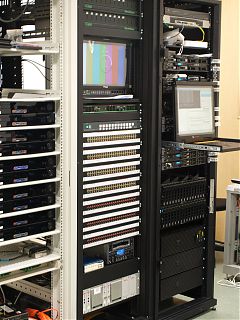 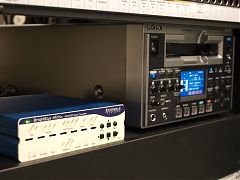 The solution was Ensemble’s Mitto Scan Converter, a compact, self-contained module in the company’s BrightEye Series. The Mitto module accepts computer video and audio and converts it to digital video with embedded audio. The output format of the Mitto is user configurable as either 3G, HD-SDI, or standard definition SDI. A reference input is provided to enable the output of the Mitto to be timed to a house reference.

A unique feature of the Mitto module is its ability to automatically up or down convert a selected area of the computer screen in order to achieve the desired video output resolution. All the operator has to do is use the computer’s mouse to select the area of the computer image to convert, and Mitto does the rest: image scaling, video synchronization, and audio embedding. Proprietary scaling technology developed by Ensemble results in superb picture quality. 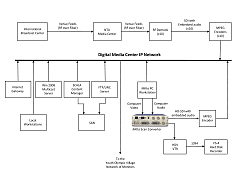 The block diagram illustrates the signal flow through the Digital Media Center and shows how Mitto was integrated into the system. Venue feeds from the International Broadcast Center were transported as RF over fiber to the NTU campus. The demodulated feeds were encoded to MPEG streams and sent to the Digital Media Center’s IP network. The streams were packaged as files and stored on a large Storage Area Network (SAN). File management, access, and playout was handled by commercially available software packages running on general purpose servers.

Archive copies of the videos downloaded using Mitto were made using an HDV VTR and hard disk recorder that were connected to Mitto’s second video output. 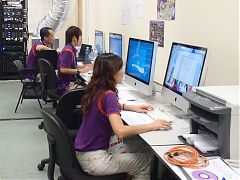 The Digital Media Center was manned by volunteers rather than by a fully trained crew of professionals. Mitto’s intuitive, easy-to-use interface made it possible for the volunteer staff to easily download and convert the participants’ video clips with a minimum of training.

Mitto performed flawlessly throughout the event. Hundreds of video clips were converted and distributed via the media information and display system. Thousands of young people were able to view coverage of the Games from a unique point of view: their own.